Home Destinations Galápagos wildlife: what to see when

Planning a trip to the ‘Enchanted Isles’? There’s never a bad time to visit – but our handy calendar reveals what to expect to see throughout the year. And we’ve some top tips for alternative wildlife wonders month by month if you can’t make it out to Ecuador’s animal islands 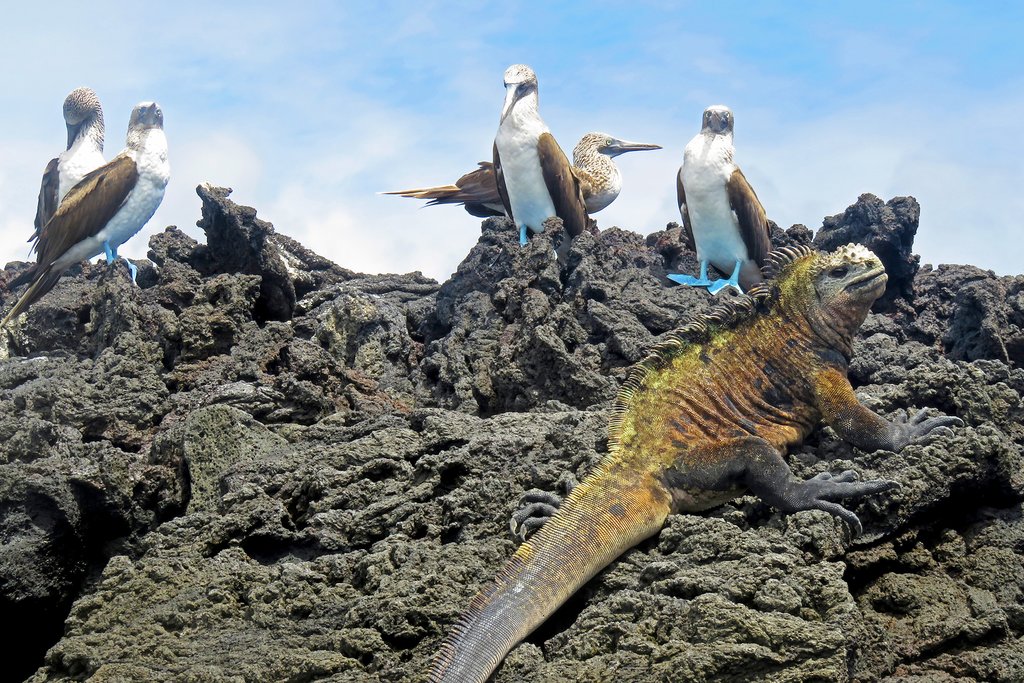 January in the Galápagos 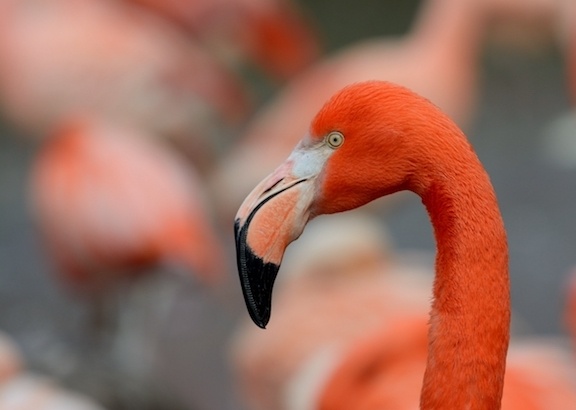 February in the Galápagos

Galápagos dove courtship is in full swing; flamingos and pintail ducks are also breeding, along with marine iguanas on Santa Cruz. Sea temperatures reach 25°C – get that snorkelling kit on! Watching dinosaur-esque marine iguanas munching algae beneath the surface is like being an extra in in a sci-fi movie.

Romania, where it’s peak wolf-tracking season – wrap up warm and head out into the snows of the Carpathian mountains of Transylvania with expert guides to look for tracks, spoor and maybe more… 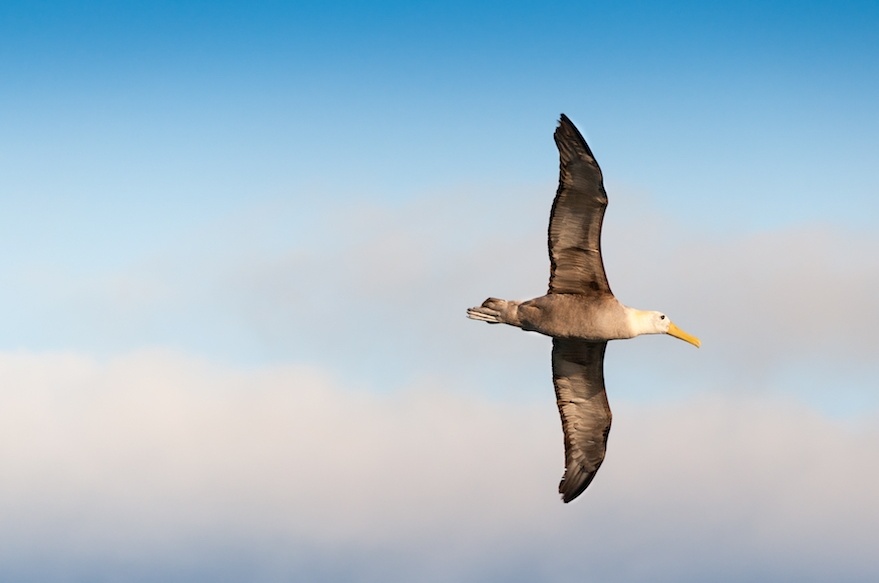 March in the Galápagos

Expect frequent downpours this month. Marine iguanas are nesting on Fernandina, but the big event in late March is the mass arrival on Española of waved albatross – these huge birds, with wingspans up to 2.2m, are monogamous, and return to the island to find a mate or confirm their bond with long-term partners.

Sri Lanka to look for blue whales – the biggest animal that’s ever lived on Earth, reaching 33m in length – which feed on plentiful Krill off the south coast in February and March. It’s also a great time to spot wildlife in Yala National Park, where animals come to drink at waterholes. 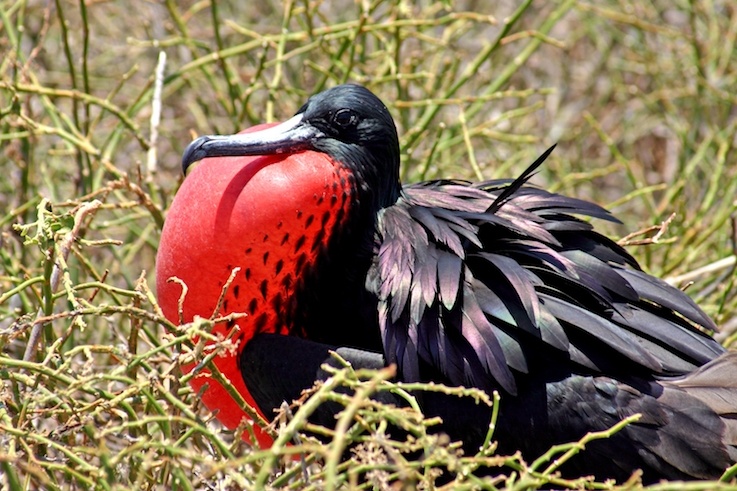 April in the Galápagos

Waved albatross waste no time in practising their courtship dances – an extraordinary ritual of clacking and head waving that’s not to be missed. Frigatebirds are also engaged in frenzied mating rituals, the males inflating their red gular pouches. Green turtle and Isabela land iguana eggs hatch. As the rains come to an end, the islands are at their greenest.

Madagascar, to watch the courtship of playful ring-tailed lemurs; as the rainy season ends, the land is lush and green – a great time to explore the ‘Red Island’ and meet more lemurs, chameleons and its other unique wildlife.

May in the Galápagos

As North Seymour’s blue-footed boobies begin their courtship, hopping from foot to aquamarine-hued foot, waved albatross are laying eggs on Española. Turtle hatchlings are emerging from the sand and marine iguana eggs are hatching on Santa Cruz – it’s a time of new birth on the islands.

Botswana’s Okavango Delta, where the floodwaters are spreading across this vast inland delta – one of the world’s great natural spectacles, with scintillating wildlife-watching to boot: spot lions, elephants, wild dogs and profuse birdlife. 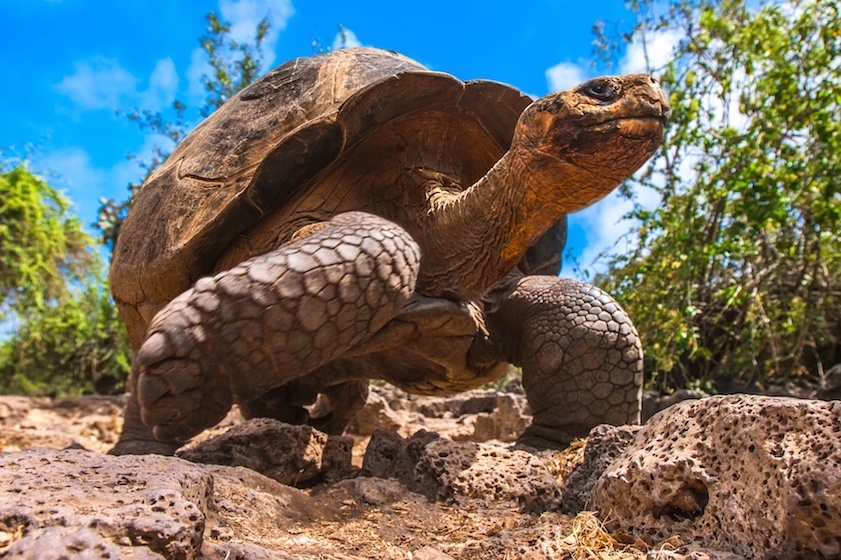 June in the Galápagos

The garúa (mist) season begins, murky cloud blanketing the islands as giant tortoises descend from the Santa Cruz highlands to find a nest. Seas can be choppy – bring seasickness remedies – but this is a good month to spot migratory birds and humpback whales, which feed and breed in the waters around the Galápagos between June and September.

July in the Galápagos

Sea temperatures will drop to around 21°C this month – so land-based activities are best. Fortunately, there’s plenty to see on land: everywhere you go, seabird colonies are a riot of courtship, egg-brooding and chick-feeding. It’s another good month for whalewatching, too – humpbacks feed on plankton in cooler currents during the dry season.

Tortuguero National Park on Costa Rica’s Caribbean coast, where female green, leatherback and hawksbill turtles return to nest on sandy beaches, digging pits in which to lay eggs; you might also see some hatchlings emerging to scuttle to the sea.

August in the Galápagos

Sea temperatures fall to around 18°C. Sea lions begin to pup, and it’s a good time to look for courting Galápagos hawks, nesting Nazca boobies and swallow-tailed gulls. Migrant shore birds arrive, while giant tortoises head back to the highlands – head to the Fausto Llerena Tortoise Center to see some of these enormous reptiles up close.

Kenya’s Masai Mara or Tanzania’s Serengeti, where hundreds of thousands of wildebeest head north and brave the gauntlet of crocs to cross the Mara river around this time – the dates and extent of the spectacle vary from year to year.

September in the Galápagos

It’s a good month to brave the waters around Bartolomé, where Galápagos penguins are usually active – and active they are, flitting underwater like feathered fireworks. Most seabirds are also still busy nesting and rearing chicks. Big bull sea lions start fighting over females – an awesome spectacle.

October in the Galápagos

The garúa period of mists is coming to an end – you can expect some dramatic sunrises over the volcanoes. Galápagos fur seals start mating, lava herons begin nesting and blue-footed boobies have chicks on Española and Isabela.

The ‘polar bear capital’ of Canada – Churchill in Manitoba, where the ice bears gather each October as pack ice begins to form on Hudson Bay.

November in the Galápagos

India’s tiger reserves – Ranthambore, Tadoba, Pench, Bandhavgarh and others – where the cooler dry season offers wonderful wildlife-opportunities, including the chance to spot the world’s biggest cat in the wild. 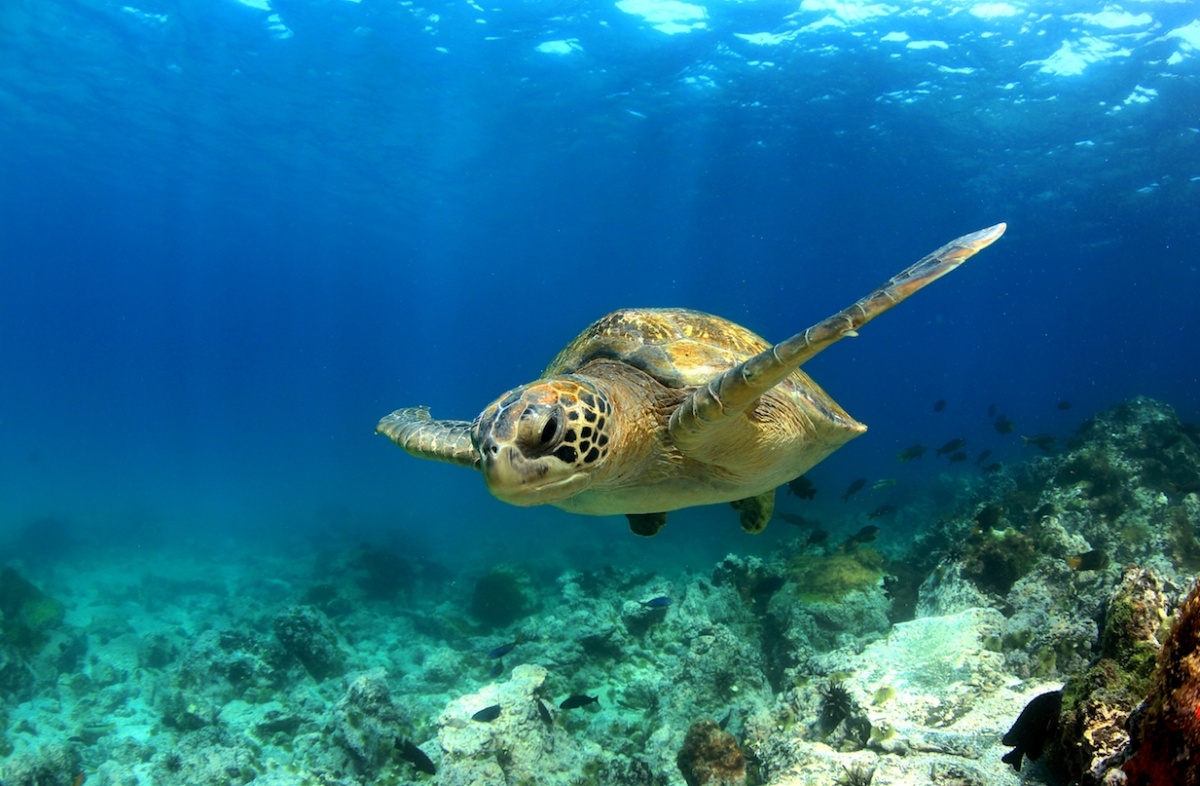 December in the Galápagos

Giant tortoise eggs hatch between now and April; green turtles are mating in offshore waters, while the first waved albatross chicks fledge. The end of the year (before the Christmas rush) can be a good time to get a discount deal on a cruise.

News admin - July 10, 2014 0
With the recent trends in technology, the respective boards managing the issuance of gorilla permits in the different countries where gorilla tracking takes place...

News admin - June 1, 2014 0
Rwanda Development Board (RDB) has revealed that visiting the mountain gorillas has greatly contributed to increased revenues to the country which has helped in...

News admin - May 14, 2014 0
This superb Southern African Python was seen by our inaugural ‘South Africa – Reptiles, Amphibians & other Wildlife’ tour group during a visit to...

News admin - January 19, 2013 0
Rwanda has been ranked among the top 10 world adventurous places for 2013, according to Globe Spots, an international travel guide for tourists. Canopy...

News admin - March 17, 2011 0
As fears about nuclear radiation increase in the aftermath of the Japanese tsunami disaster, several airlines have re-routed flights to the country. Lufthansa has...